Genetics and adaptation to climate change: setting up a test plantation in the framework of the FEXTE project 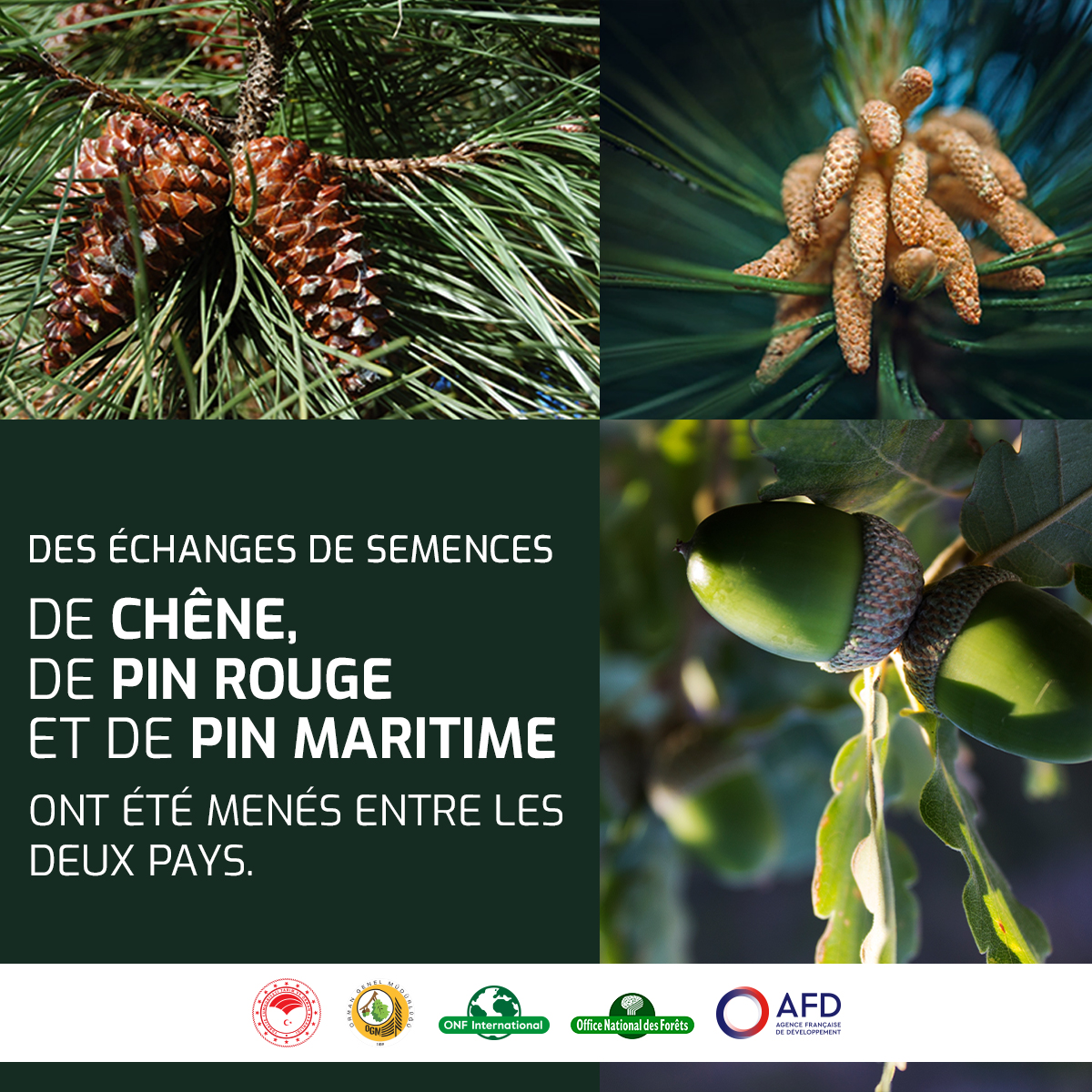 Within the framework of the FEXTE project of Franco-Turkish cooperation, an experiment is being carried out to study the adaptation to climate change of certain oak and pine species (maritime pine and heath pine). It consists of an exchange of seeds between the two countries to study the behaviour of several species and provenances in two different climatic environments. By the beginning of 2020, all the seeds had been collected and sent to the two countries.

In France, the UMR BioforA team (ONF R&D and INRAE) planted the seedlings produced in the municipal forest of Joigny (Yonne). The plantation will be monitored for about ten years by researchers with expertise in the subject to study its growth.

A similar project is underway in Turkey, by the GMO, to compare results.

In the current context of climate change, this project is of great importance. The oak is one of the main species in France, but like many species it is threatened by climate change. Knowing more about its adaptive capacity and analysing the adaptability of Turkish provenances in France is crucial to conserve this species. It is also recommended to increase the forest diversity; this trial will allow to test some species which can then be spread in other areas in France.

For more information on this project, you can read the France3 Bourgogne Franche-Comté article available by following this link