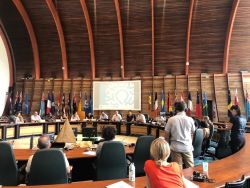 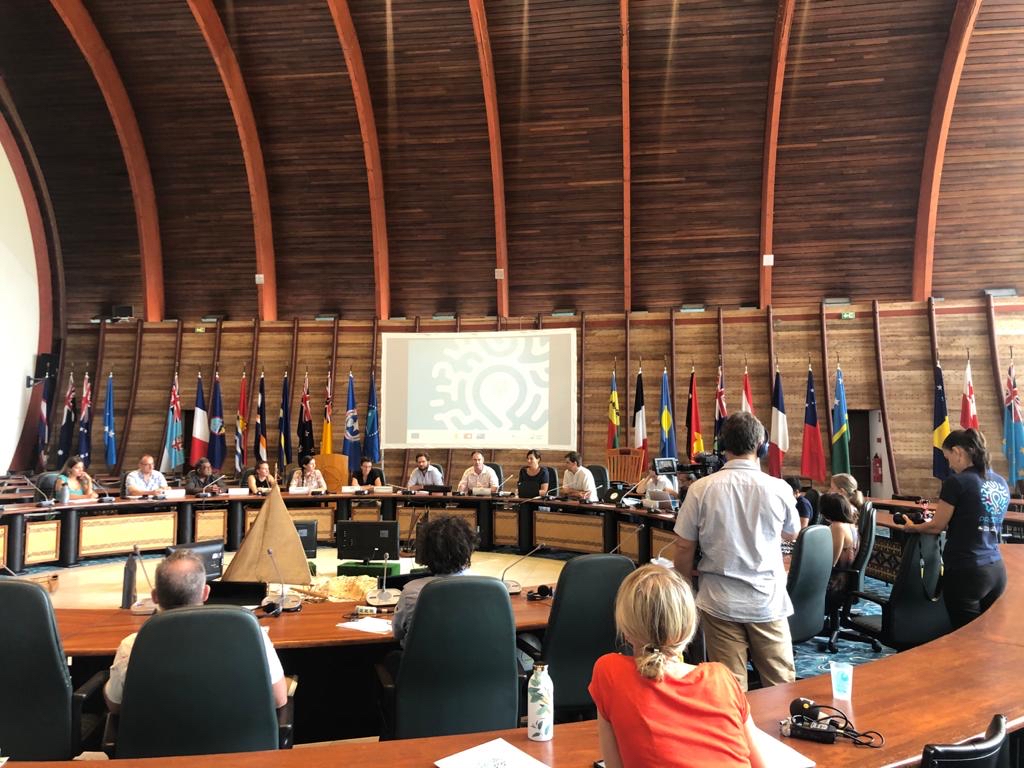 Today, ONFI was present at the kick-off meeting for the implementation of operations to manage, protect and restore the catchment areas of water supply systems within the framework of the PROTEGE programme financed by the European Union, which took place at the South Pacific Community (SPC) in Nouméa, New Caledonia.

In the framework of a call for tenders, ONFI was selected to implement operations in the commune of Touho, located in the North East of the mainland.

The commune of Touho has 4 active surface water catchments to supply the population, of which the main catchment is that of Haccinem, which alone serves half the commune’s inhabitants. The operation will focus on two catchments: those of Haccinem and Kokingone.

The major pressures on the Touho water supply basins are soil erosion, invasive ungulates, bush fires and human pollution (waste, hydrocarbons, etc.), which impact the physico-chemical quality of the water.

Among the actors present in the Touho commune who have land control over the catchment areas (customary or state-owned land), several have come forward to help implement restoration and protection actions: the Kokingone clan council association, TIPWOTO (hunters’ association) and Cèmi Acuut A Mulip (CAAM – reforestation association). ONFI is involved in the coordination of the project. The project will be supported and monitored by the IRD, the commune of Touho and the North Province.

In the Haccinem catchment area, the stakeholders (local associations and local authorities) emphasised the need to secure and consolidate past investments. This should enable the consolidation of existing activities and the capitalisation effort to be kept alive to better guide new actions and improve the effectiveness of techniques.

The Kokingone clan council association has mobilised to protect its water resource and the catchment. Past fires have destroyed the forest on the right bank of the creek. In addition, the catchment is subject to anthropogenic pollution. Litter is regularly found on the banks of the creek and uninformed people come to bathe in the reservoir.

The access currently authorised for all vehicles upstream of these two targeted catchments raises the issue of water pollution, particularly from hydrocarbons. The protection perimeters must be immediately protected to ensure the long-term protection of the resource. This protection is also a requirement of the decrees relating to water catchments. In this context, it is planned to install a fence around the perimeter of the two targeted catchments. The installation will be carried out by the tribal associations concerned or the clan councils, allowing active participation by the population concerned.

The first restoration operation proposed on the two sites is the revegetation of the savannah to encourage forest regeneration. An inventory of the plantations carried out during the various projects around the Haccinem catchment area highlights the experiences that have proved positive (species used, size of plants, etc.), and on which the project will build to optimise the success of the planned plantations.

Exchanges will be organised between the tribes concerned, and in particular field visits to enable the sharing of experience.

For these plantations, the objective is that a maximum number of plants be produced locally by the CAAM association and the Kokingone council. For this purpose, the project will also support the structuring of associative nurseries by supplying the equipment necessary to produce plants.

In addition to planting on bare soil, stone barriers, or low fascines of niaouli will be placed in areas where surface gullying has been observed. These devices should make it possible to limit surface erosion and ensure better survival of the plants.

Concerning protection operations, only the Haccinem catchment area will be subject to deer and pig control. Indeed, on Kokingone, individual hunting pressure is important and regulated by the neighbouring population.

Knowledge of the erosive dynamics in the Haccinem catchment area has highlighted the need to focus regulation efforts on the pig as a priority. Indeed, in wet periods, the pig favours the excavation of slopes whose soils have been loosened by the last rains. These excavated slopes are much more vulnerable to erosion at the time when the occurrence of heavy rainfall is greatest. The connectivity of the pits and excavations with the river system is very important and deserves special attention. Hunting activities will be implemented by the hunting association, TIPWOTO.

The operations envisaged are under the aegis of the municipality, in line with its competences and legal obligations, in terms of the protection of the immediate perimeter and signage for visitors to the site. This approach must guarantee long-term maintenance of the investments that will be made, ensuring the sustainability of the intervention. 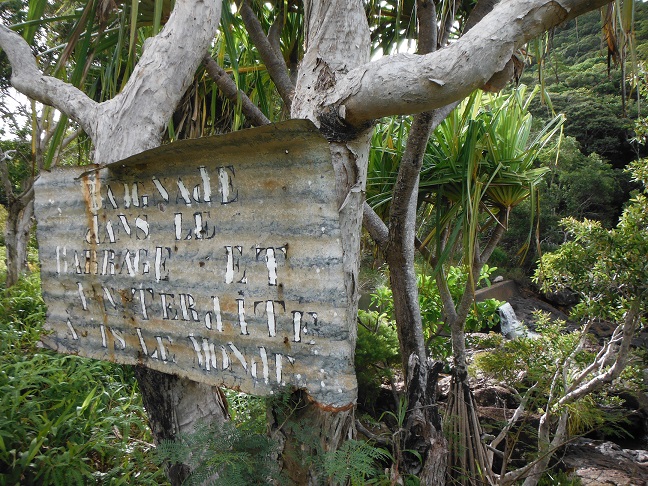 An additional grant from the OFB will allow the development of a restoration plan for the catchment areas active in the Touho commune. All these catchments are located on the Massif des Lèvres, which is one of the 10 priority areas identified for the management of invasive species within the framework of PROTEGE. Their protection contributes directly to the preservation of the ecological integrity of the massif, particularly in terms of its biodiversity.

Initially, a brief and global diagnosis of the 4 active catchments of the municipality will be carried out by satellite analysis and a field visit. This diagnosis will consist of analysing the ecological situation of the basins as well as the pressures they face, leading to the establishment of a priority note regarding the legal obligations of the municipality and the erosion problems observed. The feedback from the operations carried out within the framework of the PROTEGE project will make it possible to orient and adapt the actions according to the socio-environmental context of the other catchments.

In a second phase, this note will be presented to the commune and then discussed with the local populations concerned to adapt the actions according to the needs expressed.

Once validated, the town hall will have a tool that will enable it to orientate the actions to be undertaken for the protection of its catchments in the medium to long term.

← ONF International managing the Secretariat of the Kiwa Initiative in the Pacific region, to implement nature-based solutions, strengthen the resilience of ecosystems and people to climate change
Eco-systemic accounting, an example of R&D at ONF International →